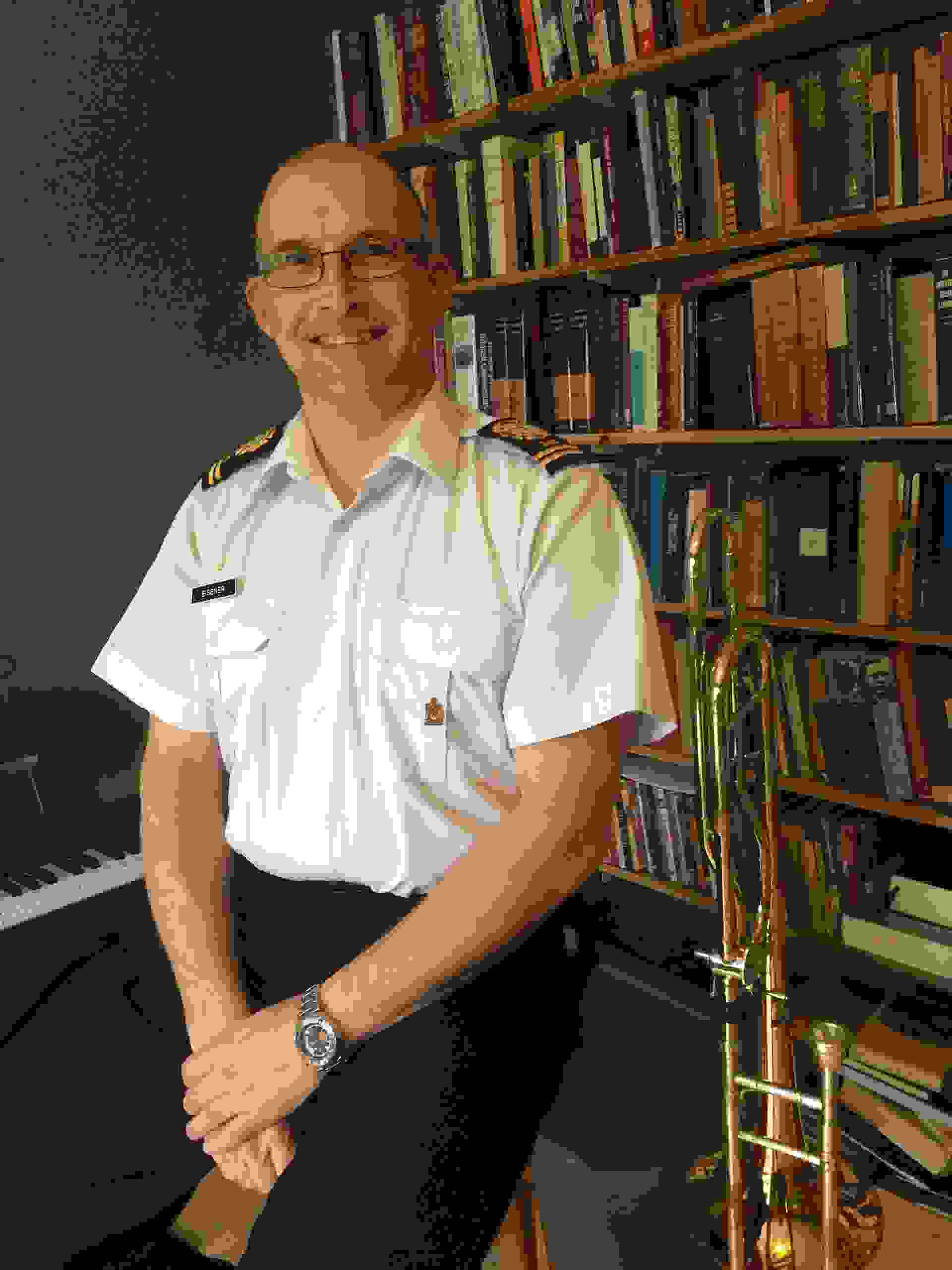 Captain Wendell Eisener,  B.Mus., M.A., Th.D. first joined the BFD Band in 1983.  He went on to study music at Acadia University before pursuing theological studies in Waterloo, Ontario.  After his return to Nova Scotia in 1995, he   operated E & E Music, was the founder and conductor of the Lighthouse Chamber Orchestra, and has been the organist for a number of churches on the South Shore.  He was appointed Music Director of the BFD Band in May 2003.

Since then he has led the band to national and international recognition, including a successful tour of the UK in 2011, sending members to participate in Remembrance Day ceremonies at Belgium’s Menin Gate two times, and receiving Vice-Regal patronage for the Band in 2013.  In addition to his duties with the Band, he teaches part-time at both Saint Mary’s University and the Atlantic  School of Theology, and is the training officer of Hebb’s Cross Fire Department. In November 2017 he was awarded the Senate Sesquicentennial Medal at a ceremony on Ottawa in recognition   of his work with the fire service, including the BFD Band. In November 2018 he was invested with the Sovereigns' Medal for Volunteers.